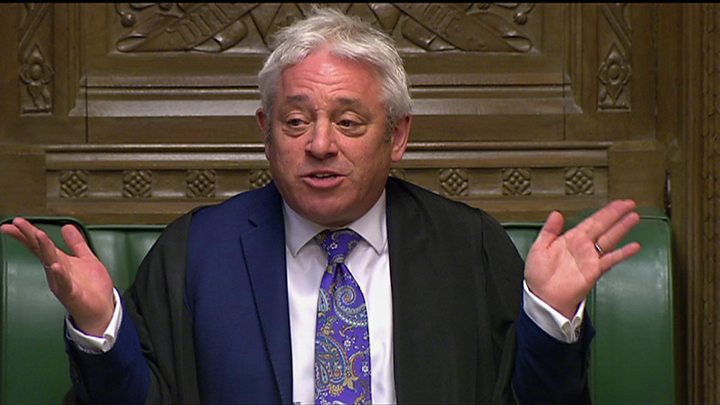 Right Honourable John Bercow was the 10th Speaker of the UK House of Commons since the World War II. While the Speakership in the Westminster continues to transform on a constant basis, the Bercowist thrust to the process is abrupt and unparalleled. This brief note attempts to explain why and how the legacy of Bercow will endure.

By the time John Bercow ascended the chair in 2009 in the UK, Speaker’s role had evolved from mere presiding over the House to a multifarious array of internal and external activities. Internally, a modern presiding officer of the legislature controls and dominates the proceedings, enforces discipline and order within the House and authoritatively decides on questions of parliamentary law. Externally, the Speaker represents the House and its members before the executive branch, the public and the international diaspora. Pitched against the government, the Speaker’s role is both of a guardian and a champion.

As guardian of the House and its members, s/he jealously guards the privileges and immunities of the members and its image and prestige before the public. As Bernard Crick puts it, a cabinet dominated parliament at Westminster would fight for its authority, influence and prestige, not for some imaginary powers of nail biting executive accountability that it never possessed in fact. [1] For a Speaker willing to travel the Crick’s way of thought, Philip Norton’s suggestion is to strengthen the citizen connection of parliament. [2] It appears that John Bercow has outshined all his predecessors in exerting the parliament’s influence, prestige and public image by any sensible standard of comparison.

The Speaker’s increased prestige and public gaze that came through live telecast of parliament since 1989 was ‘a double-edged sword’ that would bring increased criticism with it. [3] Speaker Michael Martin’s enforced resignation over his role in shielding the parliament members’ expense scandal in 2009 marks a landmark indicator of modern Speakers’ wider public accountability. John Bercow would facilitate the parliament’s public relations by actively promoting gender parity and ethno-cultural and religious diversity within the parliamentary staff, establishing the first ever parliamentary Education Center, patronising the youth parliament movement and extensively mingling with the academia.

As a champion of the House , speaker’s role must be seen within the framework of thesis and anti-thesis of the so-called doctrine of Decline of Parliament. The Decline of Parliament thesis was expounded by Lord Bryce. Put simply, Lord Bryce felt that modern parliaments have declined in ‘brilliance, acumen, importance and interest.’[4] Building on Bryce, K. C. Wheare later argued that legislatures have declined vis-a-vis the executive particularly.[5] While dominance of the cabinet over parliamentary affairs and the parliament’s unsuitability to proscribe every corner of the executive’s vast political mandates is acknowledged,[6] KC Wheare’s call was simple - to look more into the efficiency than powers of parliament.[7] His call was perhaps very clearly listened to by Matthew Flinders and Alexandra Kelso. Flinders and Kelso recently added an “expectation gap” analysis in the discourse. They claim that critics of parliament put forward a too ‘simplistic and generally misleading view of legislative capacity’.[8] Critics mislead when they ignore two crucial facets of parliamentary mandate. Firstly, the Westminster parliament is not institutionally ‘designed, intended or resourced to play the kind of proactive scrutiny role’ they demand. Secondly, whatever amount of control a Westminster parliament appears to have over the government, those are conditioned by ‘procedures and processes that lie beneath the visible lithosphere of parliamentary activity.’[9] Therefore, Flinders and Kelso’s suggestion is to accept that parliamentary system is intended to support a ‘strong government’ as long as it does not fundamentally fail in peoples’ representation. Such a lowering of expectations and demands[10] would help raise the appreciation for parliamentary capabilities and thereby narrow the ‘expectation gap’.[11]

Given the fiasco of expectation and reality, John Bercow’s stance during the Brexit dilemma - how rebellious it might appear - may not be labelled irrational altogether. The ‘rebellious’ John Bercow would infallibly defend the parliament’s oversight on the Brexit process. Bercow’s declared position was simply to fight to make sure that government does not by-pass the legislature.[12] ‘Rebellious’ Bercow would publicly denounce Boris Johnson’s controversial parliament prorogation[13] and set aside the government business the next day to allow a backbench legislation pass through floor within a day.[14] Not stopping there, Bercow would publicly vow to compel Boris Johnson follow the law so passed.[15]

John Bercow would also frequently allow backbench amendments, resolutions or legislative proposals aiming at seizing control of House business from the government.[16] Bercow’s rulings would facilitate pro-Brexiteers’ amendment to the 2013 Queen’s Speech and force David Cameroon into a genuine commitment to a referendum. A “squawking egomaniac” to some,[17] Bercow would again facilitate the anti-Brexiteers and force Theresa May out of office by blocking her unchanged Brexit deal from being tabled in parliament time and again.

How could a ‘Speaker’ John Bercow be so powerful is a question of time and context. By the time Bercow’s election approached in June 2009, Britain achieved drastic reform in the Speaker election process. Even before Michael Martin’s election in 2000, the choice of candidate slipped out of the Cabinet or the front bench party leaderships and fall upon the backbench members of both parties combined. By June 2009, introduction of secret ballot would essentially end party whipping and usher a cross-party approach to Speaker selection.[18] To be the first offspring of the system, Conservative John Bercow would deploy his pro-Labour wife and a Labour MP as his electoral campaign managers.[19] The cross-party, pro-backbench and pro-legislature regalia of Bercowism is therefore not surprising.

While his predecessor Michael Martin would hardly allow any, Bercow would manage several instant Urgent Questions a day.[20] He would thereby neutralise the government’s agenda setting power to avoid scrutiny. He would hold down the political point-scoring tendency of the Prime Minister’s Question Time and facilitate more instantaneous questions from the backbenchers.[21] Bercow would enthusiastically promote the Backbench Business Committee, secret ballot election to Select Committees and Deputy Speakership. Bercow would transform the device of parliament’s ‘humble address’ into an effective means of extracting otherwise confidential documents from the government.

Though Bercow regained much of the parliament’s lost morale since the MPs’ expense scandal of 2009, Bercow’s legacy would expose its own dilemmas as well. John Bercow has revolutionised the Speakership in many unintended ways. One such visible unintended fallout could be the weakening of the so far strong precedent of Speaker’s Neutrality. Bercow’s legacy might help differentiate ‘party neutrality’ from ‘policy neutrality’. His anti-Brexit tendencies, his left-wing supporters in Labour party and his admitted pondness of backbench freedom and government’s answerability to the parliament would put him in direct conflict with the government of the day. Stubborn Bercow would also refuse to invite Donald Trump to the House of Commons on grounds of Britain’s “opposition to racism and sexism”.[22]

It will be interesting to see whether any future Speaker may follow John Bercow and decline to be policy neutral while remaining party neutral in the literal sense. In such cases Bercow’s sense of neutrality may open up new grey areas in parliamentary jurisprudence. However, his legacy of backbench preference and parliamentary scrutiny should suffice in offering him an strong place in parliamentary studies.


M Jashim Ali Chowdhury is currently a PhD Candidate at King’s College London and an Assistant Professor of Law, University of Chittagong. He is a former Fulbright Scholar and completed LLM from Tulane Law School, USA.