Manufacturing Growth and the Lives of Bangladeshi Women 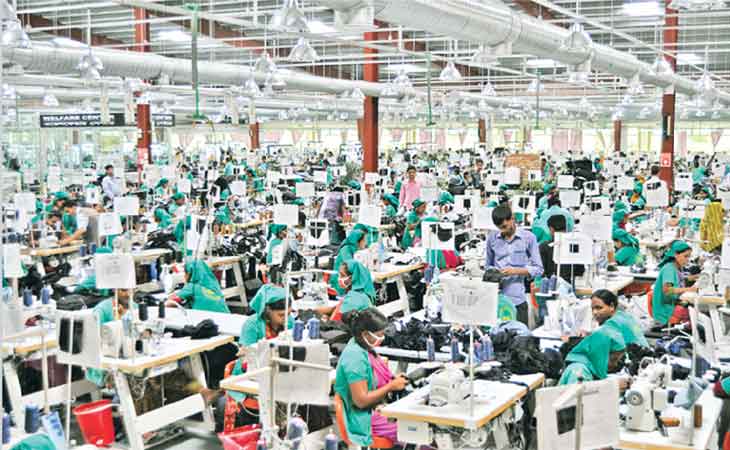 Our research documents the effects of the remarkable growth of the ready-made garment sector in Bangladesh on the lives of Bangladeshi women. The sector was virtually nonexistent in 1980 (Mostafa and Klepper, 2009), but has grown an average of 17 percent per year since inception and now accounts for over 75 percent of Bangladesh’s export earnings (Bangladesh Export Processing Bureau, 2009). The industry currently employs almost four million workers (BGMEA, 2013) and was the first to provide large-scale employment opportunities to women in a country where women traditionally have not worked outside the home. In addition to raising the opportunity cost of being married and having children, attractive manufacturing jobs require basic literacy and numeracy (Amin et al., 1998; Zohir, 2001; Paul-Majumder and Begum, 2006). The arrival of garment factories may therefore have affected school enrollment, employment, marriage, and childbearing decisions for Bangladeshi women.

The remarkable growth in this sector in Bangladesh is emblematic of the large expansion in low-skill manufacturing jobs around the developing world over the last 50 years (Mammen and Paxson, 2000). Manufacturing expansion has often been associated with increases in female labor force participation (Atkin, 2009). Little rigorous analysis, however, considers the welfare effects of access to factory jobs for women. The “evidence” is dominated by anecdotes from anti-sweatshop activists about the negatives of hazardous working conditions. The evidence gap is especially pertinent for Bangladesh, where deaths in well-publicized garment factory collapses and fires recently captured the world’s attention (New York Times, 2013). Both individual large buyers, as well as the U.S. government, subsequently moved to restrict or boycott garment exports from Bangladesh (PRI/BBC, 2013). It is therefore imperative to evaluate the range of welfare effects of garment factory jobs in Bangladesh, since export restrictions and boycotts can hurt the same workers they are designed to protect.

Our results suggest that the rise of the garment industry can help explain the declining fertility, increasing age at marriage, and rapid increase in girls’ educational attainment in Bangladesh over the last 30 years, both in absolute terms and relative to boys. Approximately 80 percent of garment factory workers in Bangladesh are female (Khatun et al., 2007), and extrapolation from our data and national surveys suggest that around 15 percent of women nationwide between the ages of 16 and 30 work in the garment industry. The rapid increase in girls’ educational attainment has allowed the country to surpass the third Millennium Development Goal of gender equity in enrollments—a goal that many other countries in Western Asia and sub-Saharan Africa continue to struggle with. Our results provide one hitherto unexplored explanation for the accelerated gender equity in education in Bangladesh, thus generating policy implications for other countries interested in emulating Bangladesh’s success.

In theory, access to factory jobs can alter women’s school, work, marriage, and childbearing decisions through a few different mechanisms. As documented for maquiladora jobs in Mexico, older children may be induced to drop out of school to access the factory jobs (Atkin, 2012). Conversely, younger children (who are still too young for the factory jobs and do not face the temptation to drop out and begin earning immediately) may respond by investing in education if the availability of relatively well-paid manufacturing jobs increase the returns to education. Educational attainment might also increase through a wealth effect, if parents can now better afford to send their children to school. Both the increased enrollment channel and the direct factory employment effects would result in girls delaying marriage and childbirth.

We begin by examining the effects of access to factory jobs on girls’ marriage and childbearing decisions. We identify the effects of the garment sector on marriage and child-birth using retrospective data on these outcomes from 1,395 households in 60 Bangladeshi villages that vary with respect to whether the villages are within commuting distance of garment factories, and with respect to the date on which the first factories opened near each village. We examine the age at marriage and age at first birth for girls with greater lifetime exposure to factory jobs, controlling for both persistent differences between garment-proximate and control villages, and differential time trends in garment-proximate villages. We document that the likelihood of marriage and childbirth at early ages (12–18) drops sharply for girls when they gain exposure to the ready-made garment sector. This is important because other research has documented large negative welfare implications of early marriage and early childbirth.

Next we explore the mechanisms by which these delays in marriage and childbirth occur. Did girls increase their educational attainment in order to obtain well-paying garment jobs, which require numeracy and literacy, leading to a postponement of marriage due to greater educational attainment? We assess the effect of cumulative years of exposure to garment-factory jobs on the total years of educational attainment (for those with completed schooling histories), adding an additional comparison to the girls’ male siblings, given that garment production has been a much larger innovation in the labor market for girls than for boys (Amin et al., 1998). We find that girls gain an extra 1.5 years of education relative to their brothers in the median garment-proximate village. This represents a 50 percent increase in girls’ educational attainment over control villages that do not have a garment factory nearby. We observe the increase in female education (relative to their male siblings) even in families where the mother or older sister never worked in a factory, which suggests that increased demand for skills in factories that offer job opportunities for women is a likely channel through which the enrollment gains are realized, in addition to any family wealth effect or changes in intra-household time allocation from other household members working in garment factories.

We next use retrospective data on the entire history of annual school enrollment decisions for each girl to test whether the effects of the garment industry on schooling are strongest for younger girls. We find that young girls (aged 5– 9) are more likely to stay enrolled in school when factories open close to their village compared to girls in comparison villages in the same sub district that are not located within commuting distance of factories, relative to earlier years (before the factory opens), and relative to male siblings of the same age.

Our data also indicate that the delays in marriage and childbirth we estimate likely also stem from girls in garments-proximate villages choosing to work in factories when they are about 17–23 years old, instead of getting married (or staying in school). Factory job access has a small negative effect on school enrollment of 17–18 year olds (un-like the positive effect for younger girls). More important, girls who are exposed to factory jobs when they are between 10 and 23 years old (which is the critical age group at risk for early marriage in Bangladesh) are 17 percentage points more likely to have done wage work outside the home, and this is a 79 percent increase over the control group.

In summary, access to factory jobs significantly lowers the risk of early marriage and childbirth for girls in Bangladesh, and this is due to both girls postponing marriage to work in factories and to girls staying in school at earlier ages. We benchmark the magnitude of the effects of the garment industry against the effects of a large-scale (US$15 million per year) conditional cash transfer for schooling intervention run by the Bangladesh government with multilateral donor support. The program has paid for two million girls to remain in school, conditional on remaining unmarried. The dramatic improvement in girls’ outcomes in Bangladesh in the past 30 years has frequently but casually been attributed to this “Female Stipend Program,” but our estimates suggest that the rapid expansion of the garment sector has been a much more important reason for the decreases in earlier marriages and fertility and the closing of the gender enrollment gap in Bangladesh.

This is a reprint version of the original write-up by Rachel Heath of University of Washington, and A. Mushfiq Mobarak of Yale University. The original article appeared in the Cato Institute’s “Research Briefs in Economic Policy”, September, 2014 edition. This is being published in DUCSU Law & Politics Review with permission from Rachel Heath, A. Mushfiq Mobarak and Cato Institute. The original paper can be found in this link https://www.nber.org/papers/w20383.pdf. All works cited are provided therein.


Rachel M Heath is an Associate Professor of Economics at University of Washington with considerable expertise in development and labor economics. She is particularly interested in the garment industry of Bangladesh.

Ahmed Mushfiq Mobarak is a Professor of Economics at Yale University and founder of Yale Research Initiative on Innovation and Scale (Y-RISE).