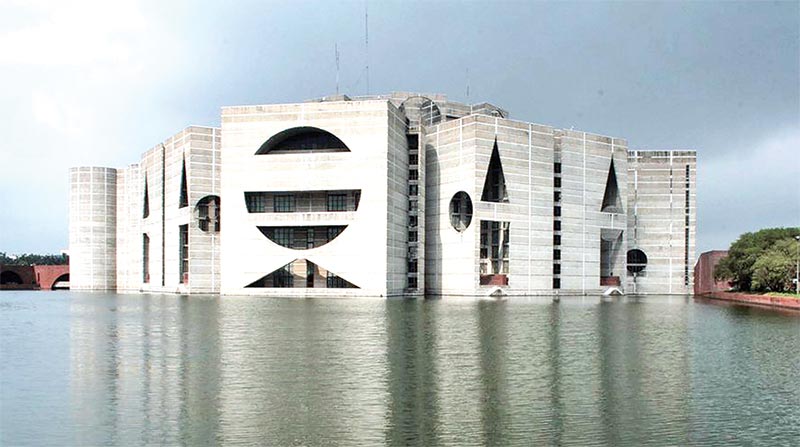 Shadow Cabinet system is an inherent concept imbibed in the Westminster form of government to make sure the best policy measures are taken ‘for the people’.[1] Although Bangladesh’s system of governance is built on the Westminster system,[2] it must be admitted that the Shadow Cabinet system did not see bright day light in its political system. However, in this Article I argue that given the political context of Bangladesh, it is necessary to introduce the “Shadow Cabinet” system to fortify the workability of democracy in the Parliament. In doing so, I shall try to specify the real significance of the shadow cabinet system in the context of Bangladesh. The aim of this article is to develop a better understanding of the importance of shadow cabinet system in Bangladesh for the better performance of the Parliament. I will also try to analyze why it is essential to have a ‘shadow cabinet’ system in the presence of an ombudsman provision and parliamentary committee system in the domestic political system.

Shadow Cabinet in the Westminster System

The concept of ‘Shadow Cabinet’ is a prominent part of the unwritten constitution of the United Kingdom. The term “Shadow Cabinet” was introduced in 1880s which was formed by the ex-ministers although it took almost a century to gain prominence and its current form.[3] Cabinet is a supreme institution, consisting of some political affiliates, formed by the majority party in the parliament which makes the ultimate decisions of the Government on different issues.[4] The concept of ‘Shadow Cabinet’ developed informally rather than through formal mechanism. Initially the concept was a mere gathering of the senior politicians of the opposition party of the Parliament to discuss the governmental actions and policy measures.[5] The specific role in the Shadow Cabinet used to indicate who would hold the concerned ministerial positions if there is a change of regime.[6] Shadow cabinet system can be described as “A government in waiting”[7] or an “Alternative government”.[8] In Westminster form of government, the actual cabinet runs the government while the shadow cabinet formulates alternative policies or find out the loopholes of any policy. Such a mechanism enhances the performance of the parliament in policy making. This is a pragmatic system for organizing the opponent parties in a gentle way.[9] The shadow cabinet meetings are systematically held following the institutional norm while the office of the opposition leader of the parliament functions as the secretariat of the shadow government.[10] The meetings lead to a report of opposition and alternative proposal of legislation. However, since there is no formal legal or constitutional guideline on the function of the shadow government, the shadow cabinet members or the shadow ministers have flexibility in their works.[11]

Reasons behind the non-existence of Shadow Cabinet in Bangladesh

A better understanding of the political culture of Bangladesh is only feasible through the lens of the history. If one takes a closer look at the political history of Bangladesh, it becomes visible that the political parties in Bangladesh conduct their activities based on their past activities rather than policy centric approach to different national and international problems. As a result, the political culture of Bangladesh is constantly being shaped by the patron client relationship, enemy discourse, kitchen cabinet system, contentious politics, power ego, oppression on opponent party, power distance and black money in elections etc.[12] So where opposition parties are supposed to criticize the government’s various policies, their sense of responsibility ends with a personal attack on different leaders of the ruling party and demand for justice for their own leaders and workers.

The non-existence of a Shadow Cabinet system in Bangladesh can be attributed to two main reasons. Firstly, at the time the Constitution of Bangladesh was originally adopted in 1972, the concept of a ‘shadow cabinet’ by the opposition members in the Parliament was less prominent and it was only in 1990s when this concept gained prominence. Moreover, even after the restoration of democracy in Bangladesh in the 1990, the political parties in Bangladesh preferred personal attacks on the ideology of the parties rather than engaging in policy discussion. In addition, there has been no academic discussion on the introduction of a shadow cabinet system in Bangladesh as well. Secondly, the political intolerance of the political parties and the unwillingness of the opposition party in Parliament to engage in policy issues resulted into the non-existence of a shadow cabinet system in Bangladesh. Although it is true that there are Parliamentary Committees in place to check the policy measure of the Ministers in Bangladesh, in the absence of a shadow cabinet mechanism the performance of the Parliament as a whole becomes very poor. Moreover, since the function of a shadow cabinet and ombudsman is somewhat similar, i.e. keeping the government in check, the necessity of a shadow cabinet provision might be questioned. It must be kept in mind that so far no successive governments have effectuated the office of the Ombudsman.[13] However, a closer look at the Article 77 of the Constitution of Bangladesh depicts that the primary function of ombudsman is only to investigate irregularity in Government functions and submit reports of such irregularity to the Parliament.[14] On the other hand, the role of the shadow cabinet consisting of the opposition party member is to propose alternative policies to the governmental policies to find out the loopholes in the existing one.

The inevitability of a ‘Shadow Cabinet’ mechanism in Bangladesh

State is an artificial institution with a political border where people on the ground have various types of caste and culture.[15] The system of governance is only for betterment of people. Excluding people, soil does not just build a state. People make it for their welfare. Again people breaks it, rejects it, overthrows it, possesses the ability to make it non-existent, if the state becomes a burden to them. Governments, representatives, rulers, administrators, power structures- all are subject to the direct and explicit consent of the people, temporally serving the mass and benefiting from the public treasury. Around the world the governance system is allowed to grow and develop its contents “for the people”. State is an instrument for the people, not for the government. So the elected government cannot monopolize the welfare thoughts for the people rather the opposition parties must be given the opportunity to effectively work “for the people”. With the help of the shadow cabinet system, the opposition party will be more organized and the ruling party will be more careful about all the issues.[16] Introducing this system in Bangladesh will facilitate the deeper understanding of the people of Bangladesh on different policy issues. It will result into a sense of responsibility from the opposition party by pointing out the loopholes in the government policies in a polite way. The debates in the parliament will be more fruitful instead of a harsh personal attack on the parliamentarians. Such a mechanism will also ensure participation of the expert party workers or neutral specialists in the policy making of the state.[17]