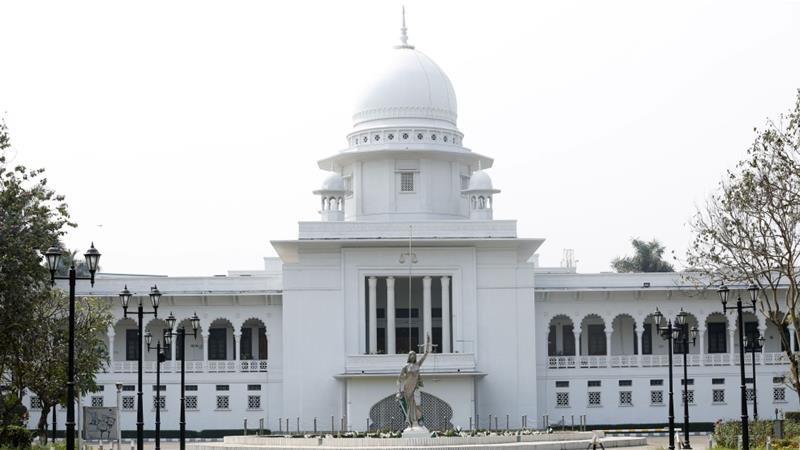 On December 10, a division bench of Justice FRM Nazmul Ahsan and KM Kamrul Quader of the Honorable High Court Division of the Supreme Court of Bangladesh upheld "Joy Bangla" slogan, which will be used before any state event, starting at the highest level in the country. The Supreme Court further said that from December 7, "Joy Bangla" should be used as a national slogan throughout the country.

The Supreme Court made this conciliatory declaration in the wake of a writ petition filed by Bashir Ahmed, a lawyer of the Supreme Court on December 4th of 2019. Then, on December 10th, the Supreme Court sought to know the government's opinion and state policy regarding the Slogan "Joy Bangla". The Supreme Court held that "Joy Bangla" was the only slogan that represented Bangladesh at home and abroad during the Great War of Independence in the year of 1971. The great freedom fighters sacrificed their lives only to pronounce the word "Joy Bangla”. It was a Political Slogan against the Pakistan Oppression Army. In 1971, “Joy Bangla” was the War Cry.”

President of the Supreme Court Bar Association AM Amin Uddin said, "The Historic 7th March speech of Father of the Nation Bangabandhu Sheikh Mujibur Rahman has been made part of the constitution in the 5th paragraph of prevailing constitution and the very last part of that speech is “Joy Bangla”. We think Joy Bangla should be a national slogan and it will certainly become a law.” On the other hand, Deputy Attorney General ABM Abdullah Al Mahmud Bashar said that the Articles 3 and 4 of the constitution contain the official language Bangla, national symbol and national music but not the national slogan.

The next hearing of this order will be on January 7. The court must declare an order after analyzing all the legal explanations, judicial statements and judgments. Senior lawyer Yusuf Hossain Humayun said, "There are national slogans in different countries of the world. We have also given the opinion of Joy Bangla as the national slogan. There is no disagreement between the parties in this case. We hope the High Court will announce the issued rule as appropriate."

The Supreme Court further said, "In Bangladesh, slogans of 'Bangladesh Zindabad' or 'Bangladesh Chirojibyi hok' are used. Any slogan with the birth of the country can neither be distorted nor modified. With the slogan 'Bangladesh Zindabad', the glorious image of the war of liberation has been abolished." At the hearing, the Attorney General of the state Mahbubey Alam said, “Joy Bangla is a part of the history. But the slogan was banned from August 15th of 1975 as a mark of political inferiority. ‘Joy Bangla’ is not an ordinary slogan. It is a spirit that led the Bengalis to jumped into the great war of liberation.”

The news was covered by Psyche Rahman Nion from DUCSU LPR