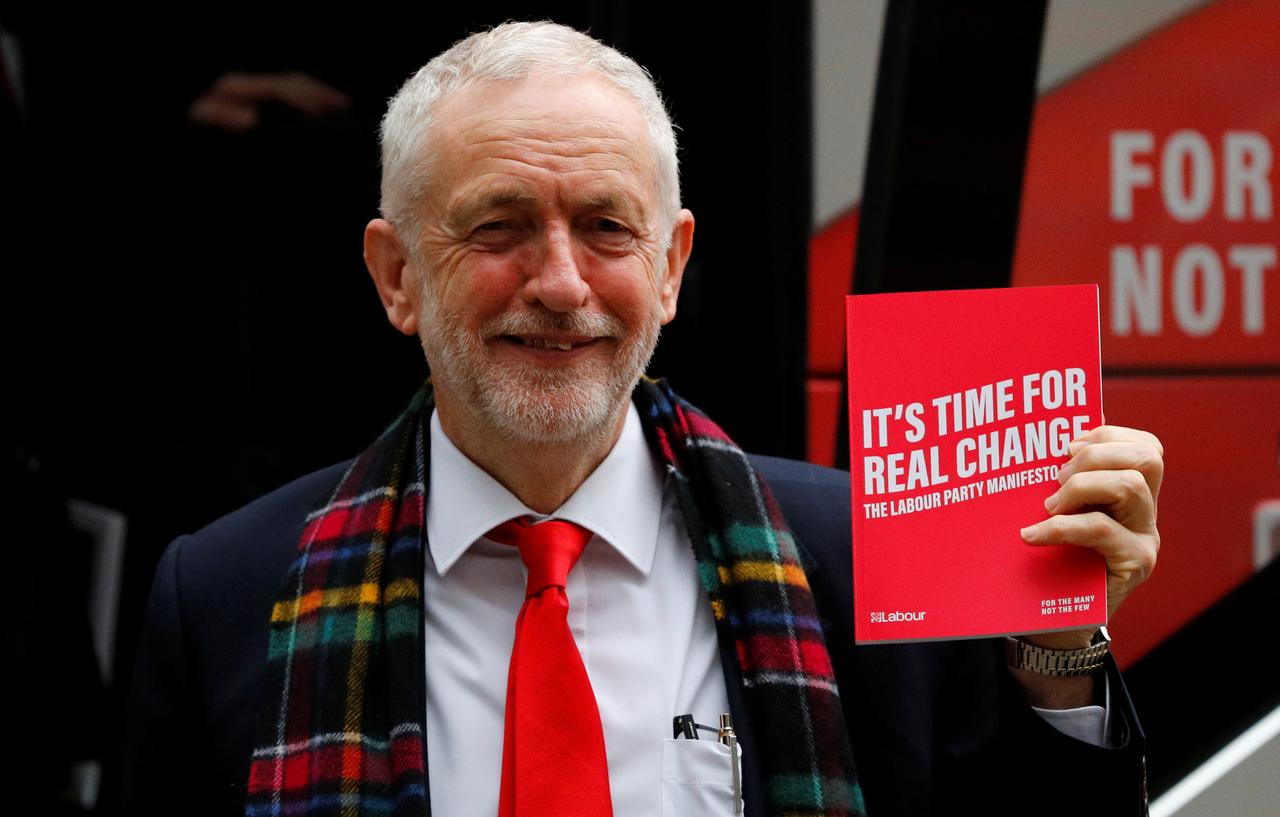 The British general election result is out and the Conservatives have secured a landslide victory against strong campaign by the Labour Party. Despite a promising and detailed manifesto, the Labour Party now has to deal with its worst performance since 1935. This defeat of the Labour can be attributed to their effort to drive the popular attention of the countryside to issues beyond “Brexit” whilst the Conservatives have successfully utilized the British sentiment on their way to victory. However, the main intention of this write-up is not to analyze the intricacies of British politics but to go back to the Labour manifesto of this election and bring forth plausible policy recommendations from the perspective of Bangladesh.

Being the sixth-largest economy in the current world and the birthplace and leader of the first industrial revolution, the UK has significant leadership among the world economies. The amount of pollution that the British industries emit is significant in the overall pollution of the world. As the Intergovernmental Panel on Climate Change (IPCC) suggests reducing the world pollution level by half within 2030 to ensure stable environmental circumstances, Labour planned to act now keeping in mind long-term benefits. Hence, in the manifesto, the Labour vowed to kick-start the Green Industrial Revolution. This also comes with promises of generating one million new climate jobs and a thorough structural transformation of industry, energy, transport, agriculture, and the overall economy. This initiative would call for a substantial amount of funds to materialize. The Labour proposed an economy-wide mobilization of both public and private resources. The manifesto also mentions ways to attract equity investors and investors from the financial arena alongside implementing an administrative framework to ensure accountability of expenditure of these funds.

Being one of the most vulnerable countries in the world to climate change, it is beyond question that Bangladesh should take appropriate initiatives to address these issues as soon as possible. Bangladesh is now in the phase of industrialization. This is the congenial time for us to build up green industries. If it can create positive incentives for the new and existing entrepreneurs to incorporate green technology, such as a tax cut for implementing efficient waste treatment plants and punishment in case of failure to do so, this would definitely lead to a reduction in pollution from the industrial sector. However, at the law enforcement level, corruption must be kept at check to ensure the proper implementation of this initiative.

Although the British transportation system is far better than the one of Bangladesh, the propositions of the Labour to transform their transportation system are applicable here largely. Bangladesh needs to introduce more electric vehicles and increase the number of government-owned transports. The first would reduce the level of pollution and the latter would contribute to a less competitive transport sector. Bangladesh in recent years has started to privatize rail transportation system. The state-owned enterprise for bus service competes with private bus owners on the roads. The Labour manifesto points out at the for-profit mass transportation system owned by private investors and the deteriorating service and high-ticket price for profit maximization in the UK. Bangladesh must shield the public from this sort of experience.

In their manifesto, the Labour planned to restructure the taxation system and create a fairer one as per their claim. They proposed a tax rate increase on the top 1% who earns more than the bottom 50% of the income class. They proposed a more progressive tax system reversing corporate tax cuts undertaken by the Conservative governments. They also announced to adopt stricter policies regarding tax avoidance.

To talk about the overall tax revenue collection scenario in Bangladesh is very disappointing. This year the revenue collection growth rate hit 10.7%, a five-year low. The situation is the consequence of inefficiency in revenue collection. This drop can also be attributed to a reduction in import, tax cut, tax reduction, money laundering and obviously tax avoidance. Around 50% of taxes are evaded in Bangladesh thanks to the corrupt officials and loopholes in the administrative framework. This is an ethical question and the most plausible way to stop this is to adopt automation in every possible sector.

The National Health Service (NHS) is one of the most important frontiers of the public sector of Britain. NHS was proposed and formulated by the Labour party after the Second World War. The conservative party in the last decade has reduced NHS funding continuously. The leaked documents from government sources show that the Conservative government was secretly negotiating with the USA to form a trade deal Post-Brexit centering the intrusion of the for-profit US healthcare companies into the UK. Labour promised to increase the efficiency and ensure proper funding of the NHS. They also vowed to end the privatization of the NHS as well as promised a more integrated approach with the private sector in the long run. The other area of concern was building net-zero-carbon health care services and focus on mental health.

Privatization of the health sector is common in our country yet most of the people still seek service from the government-run hospitals. The private health care providers are usually very expensive and most of the people cannot afford them. Yet an integrated long-term approach of public-private service providers to ensure quality health care service to the mass people would be highly beneficial. Recently, the mental health issue has come to the light in Bangladesh and new investigations and published reports present a shocking scenario here. Bangladesh has to install new facilities to the existing infrastructure and train up a completely new team of medical staff to deal with this issue. Nationwide campaigning is also required to make people acquainted with the adverse effects of poor mental health.

The Labour’s claimed approach of addressing these problems is more inclusive in nature: bringing welfare to the farthest corners of the society. As its name suggests, it is expected of them to be more concerned for the betterment of the working class; hence, they propose a minimum salary of £10 per hour and putting an end to zero working hour contracts. Amelioration of pension and other benefits are also incorporated into the manifesto reversing the earlier moves of the preceding governments.

In Bangladesh, the notion of setting a minimum wage might be associated with the distortion of the current market situation and result in some undesired consequences, like unemployment. However, the fact cannot be denied that it would have served the purpose of making the workers better off.

The Labour also promised nation-wide full free internet. This might have been tactics of attracting young voters given their increasing dependence on the internet. It is also true that instead of being a very developed nation, a large part of the entire population is deprived of broadband internet facilities. For Bangladesh, it is yet to be discovered how such an action might serve the well-being of the common people. However, free internet connections to all educational institutions, health service providers and administrative places would definitely be a good decision on our journey to Digital Bangladesh.

British social welfare plan differs from the one of Bangladesh because there are fundamental socio-economic differences between the UK and Bangladesh. The Labour promises to provide free health care for the elderly whilst we strive with 24.3% of the population in Bangladesh is below the poverty line . Our country does have a number of social benefit programs but their efficiency is to be heavily questioned for corruption and poor planning. Redesigning and efficient implementation of our existing social safety programs would ameliorate the overall situation without a doubt.

Labour’s proposition of national education service involves reducing the cost of education, smaller class size and lifelong learning programs for a skilled population. It is quite well-known that British education quality is top-notch. However, despite a number of promising figures, the overall quality of our education remains very poor. Both the coverage and quality of our education needs amelioration. Class size should be reduced to its ideal proportion. Teacher education, a much-needed step for our educational system, should be made mandatory for primary and high school teachers.

Labour manifesto is good place to look for policy recommendations. The proposed policies are very progressive and were supposed to seem appealing to the mass people. It is being widely discussed that the cause of the defeat of Labour with such an ambitious manifesto full of popular policies may be the Brexit factor. Contrarily, the Conservative swing that only cared about the next election win ignored the welfare of the mass people. This manifesto sheds light on some very important and pressing problems both for Bangladesh and the United Kingdom. Though the Labour Party has failed to emerge as victorious but we remain hopeful that the path is shown in international politics through their election manifesto; the spillover of UK politics to Bangladesh will result in some amazing policy recommendation and subject to their proper implementation the people of Bangladesh will continue to rip their benefits.


Istiak Ahmed is a sophomore at the Department of Economics, University of Dhaka. He wanted to build his career where some forecasting would be involved and now he considers himself extremely lucky as economics discipline turned out to be exactly what he wanted to do. He aspires to become an economist someday.

Md Azmeer Rahman Sorder is studying at the Department of Economics, University of Dhaka. He is an Editor of DUCSU Law and Politics Review. He coordinates the Social Science Team of Dhaka University Research Society. He is interested to work in the academia as a career path in the future. His research interest includes pure research on macroeconomic theories, welfare and inequality, poverty and security issues.